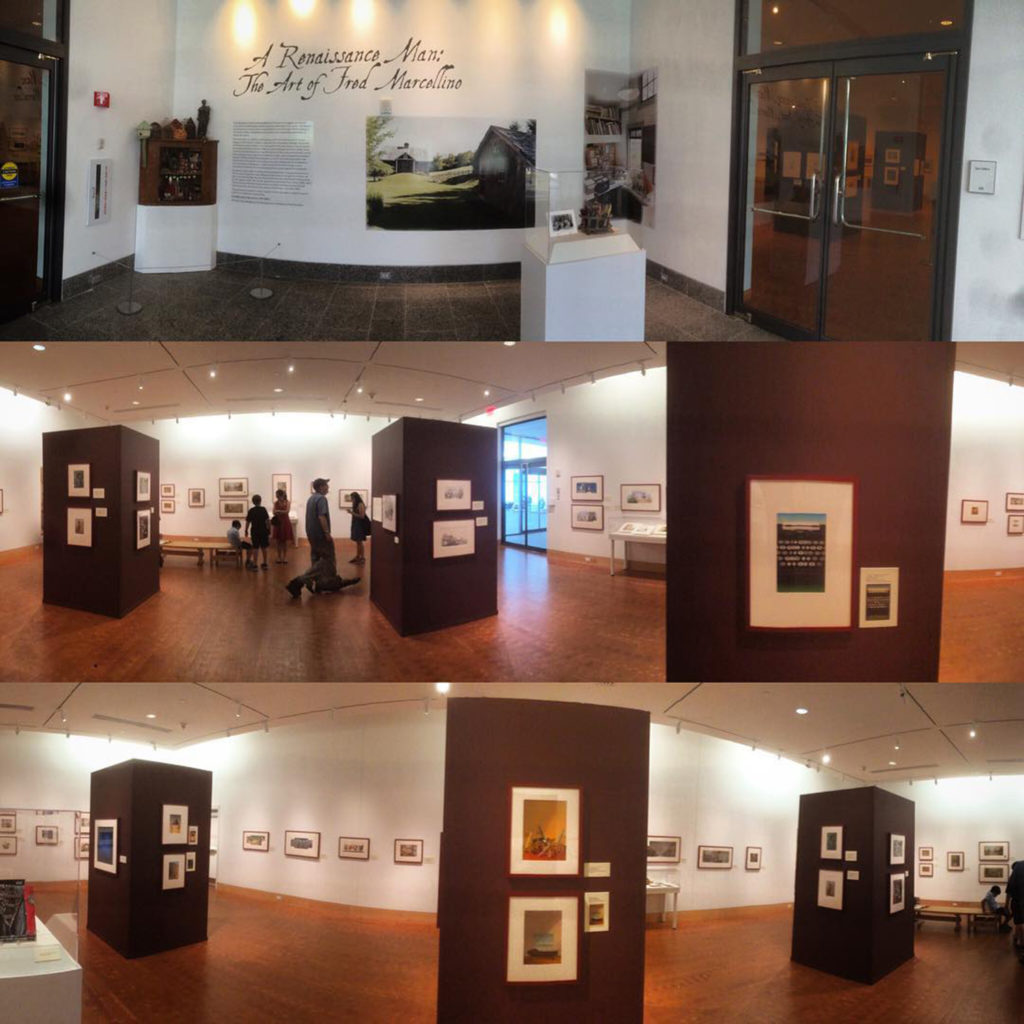 If you’re anywhere near Amherst, Massachusetts, I hope you’ve seen my late husband’s exhibition at the Eric Carle Museum. If not, run don’t walk. But if you’re not so nearby, go anyway, it’s worth the trip!

The show includes some pieces that have never before been on display. The original Norman Rockwell Museum show, “Dancing by the Light of the Moon,” has been traveling around the country since its inception in 2002. But this is a new show, developed by the Carle’s brilliant curator, now retired, Nick Clark. It includes illustrations from Fred’s last unfinished book, “Arrivederci, Crocodile,” as well as abstract pieces from his time in Cooper Union, Yale, and Venice as a Fulbright Scholar.

Many of his most famous book jackets are also on view, along with a great many illustrations from his children’s books.

The exhibit will be up until October 25th (which happens to be Fred’s birthday). So there’s still time. Don’t miss it!