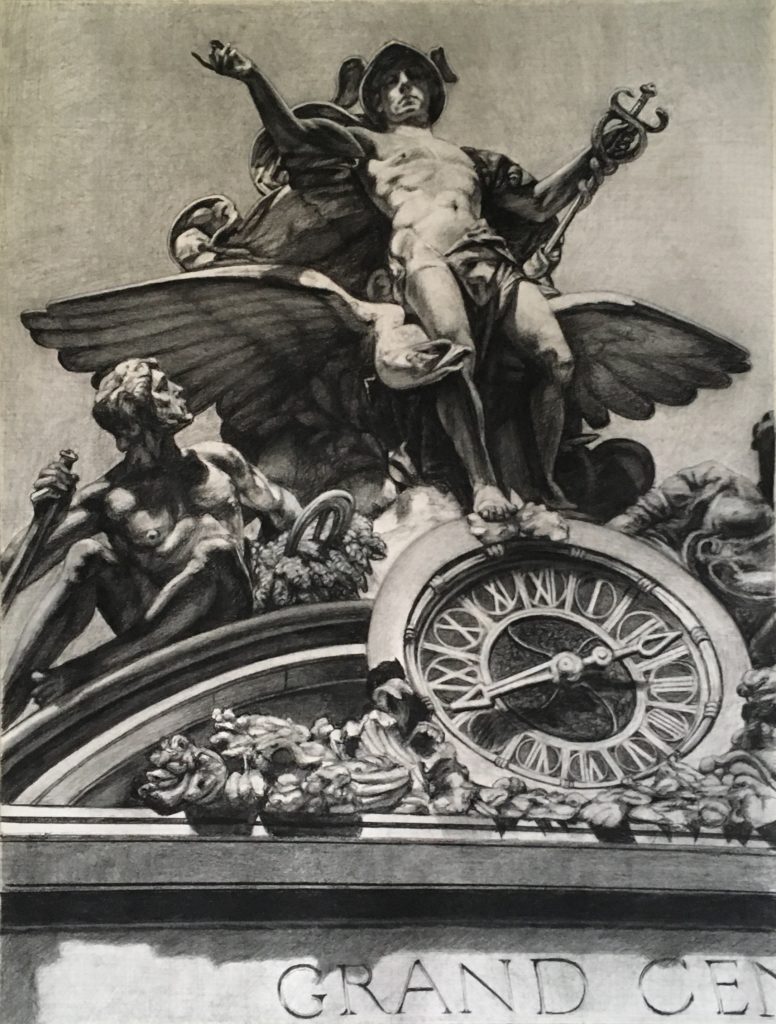 It was an honor to receive the Cecilia Cardman award through the Catharine Lorillard Wolfe Art Club at the National Arts Club in February of 2020 for this large drawing in charcoal pencil. I’ve always been fascinated by this magnificent sculptural array featuring Mercury, appropriately the god of transportation and commerce, above the entrance to Grand Central Station. I was never able to really decipher what was going on within it because it’s mounted so high above street level. It looked as though Mercury had wings sprouting from his hips rather than from his shoulder blades in the usual fashion. It was only upon examining the details from online photos that I even realized that there was an eagle poking out from behind the figure. Astonishingly, the sculptor, Jules-Felix Coutan, never even saw the completed piece in situ! He was a professor at the Beaux-Arts in Paris. He had a maquette shipped to Long Island City where the final piece was actually carved, weighing 1,500 pounds, in 1914. From online research I learned that the clock was the largest piece of glass that Tiffany ever produced, and my favorite factoid, the clock’s number six is actually a window which can be opened to reveal a view of Park Avenue. Charcoal pencil, 27 x 21 inches.