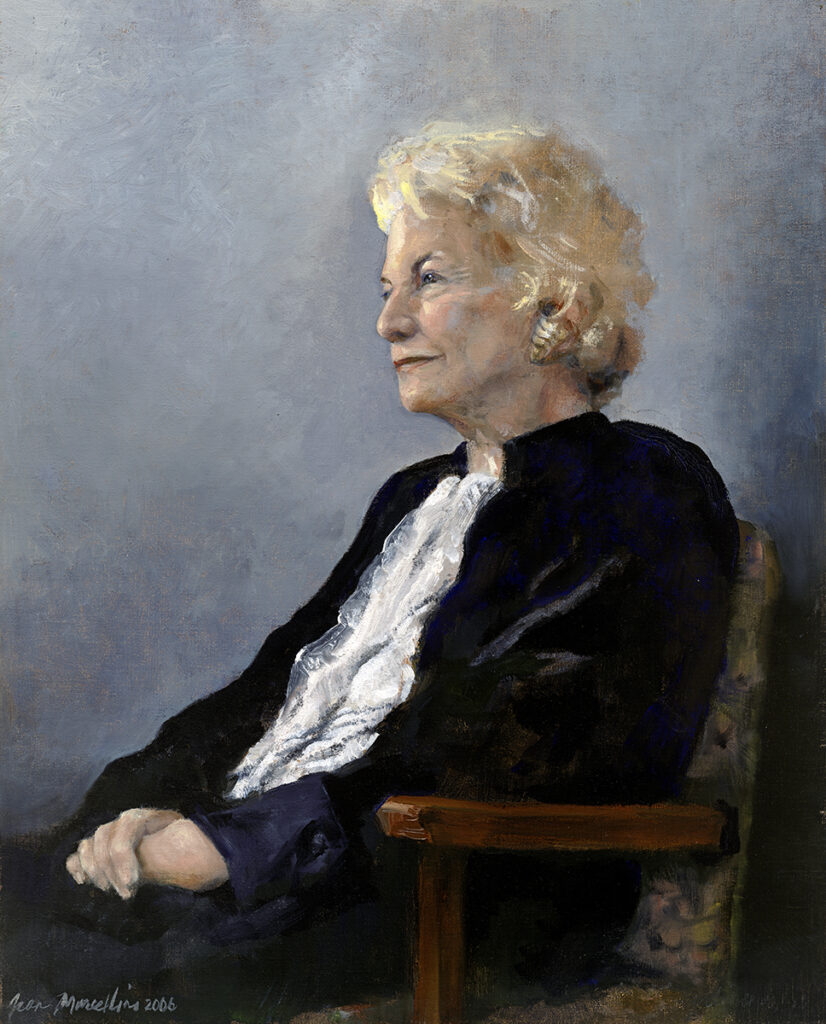 My portrait of the Justice is in the permanent collection of the Smithsonian National Portrait Gallery in Washington DC. For five years it was on display in the Contemporary Americans Gallery, but is now “in rotation,” meaning that it’s basically in storage. Hopefully, one day it will be viewable again. This was done from life in October of 2006 at The Painting Group. The group met every Wednesday night for many years, headed up by the renowned painters David Levine and Aaron Shikler. In each session, each of the participants painted from a live model, sometimes clothed, sometimes not. One of our members, Walter Bernard, was friendly with Neil Leifer, an Oscar-winning documentary filmmaker, who had expressed an interest in making a film about the act of painting. He invited Sandra Day O’Connor, who was then newly retired from the Supreme Court, to pose for us. Astonishingly, she was willing to do it. As a result, we were all invited to exhibit our paintings in the Portrait Gallery in a group show. Afterward I was approached by the gallery’s director with an offer to acquire my portrait. Additionally, Neil’s film was widely shown, and can still be seen on Showtime.